I love making family traditional foods. Even though I disliked rice dumplings when I was younger, I appreciate my family’s culture and what foods my parents ate when growing up.

According to history, there was a scholar who told the king something. The king didn’t listen to the scholar, so the scholar ended up committing suicide. The villagers dumped his body into a river but didn’t want the fish to eat the body. So the villagers fed the fish these rice dumplings, hoping the the fish would eat the dumplings instead of the corpse (a sort story summarized from my dad). 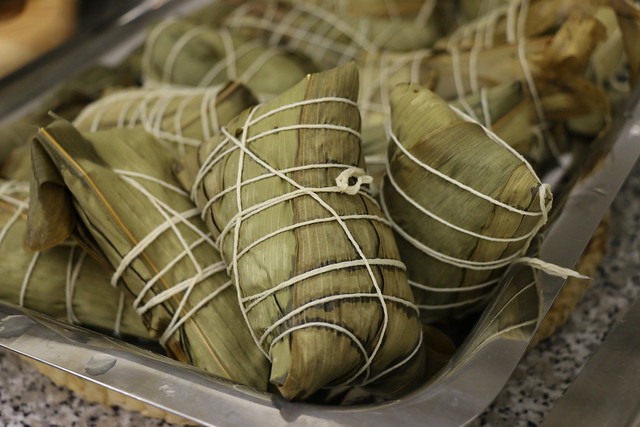 Ever since my grandma passed away (coming 10 years), my mom and her sister never insisted on making these. This year, I nagged my aunt to make the dumplings. We both knew that it’s a lot of work to prep, wrap and boil these, but I’m glad she gave me the go ahead.

You might see different variations on the style and the filling, depending on which part of China the person who made it is from. My family uses the standard: glutinous rice, peanuts, mung beans (de-shelled), dried shrimp, salted duck egg and pork. You can use any cut of pork or even char siu (Chinese barbeque pork). We had frozen chestnuts and my aunt wanted shallots, so we sacked those in as well. 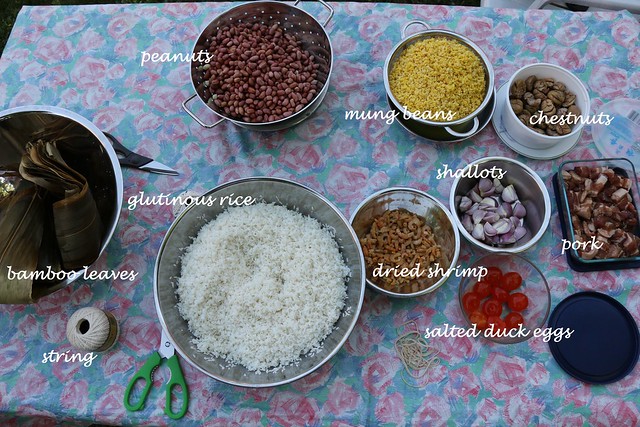 You can add a whole load of other ingredients, such as lap cheong, char siu (as mentioned above) or red beans.

If you know my personally, you will know that I’m the worst at describing methods. This Youtube tutorial demonstrates the wrapping process well enough. There are various ways of wrapping the dumpling and depending on which wrapping method you choose to use (and the leaves’ size) will determine how small or large your dumpling is. 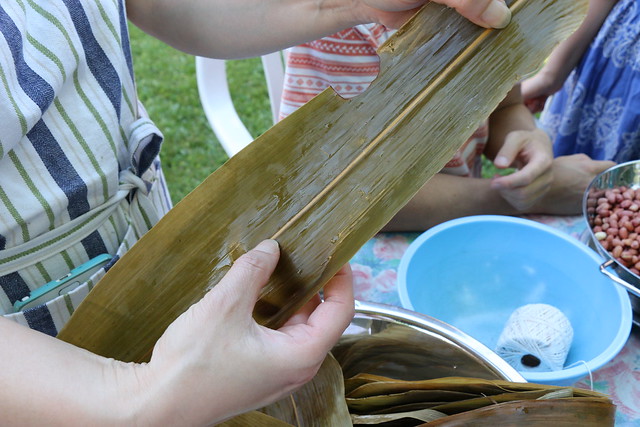 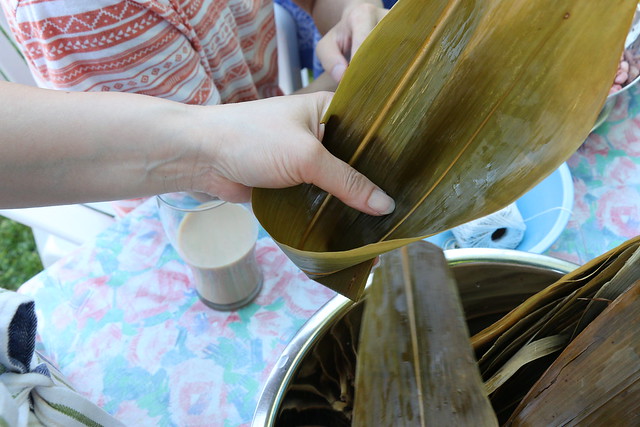 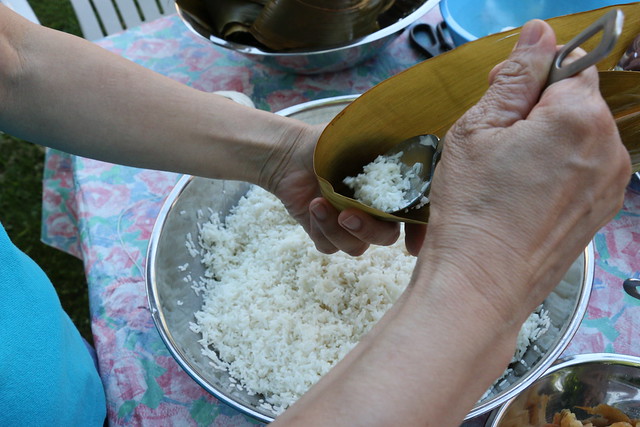 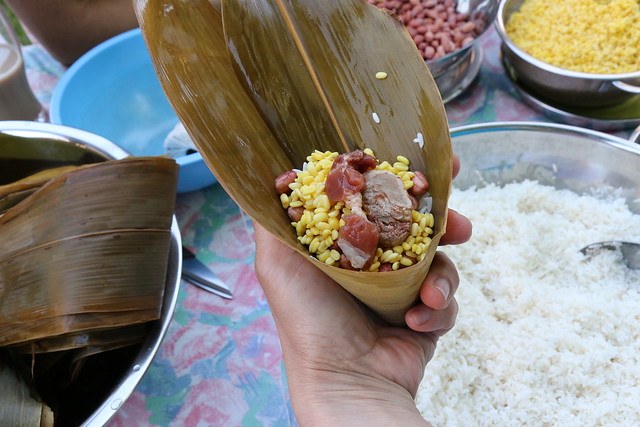 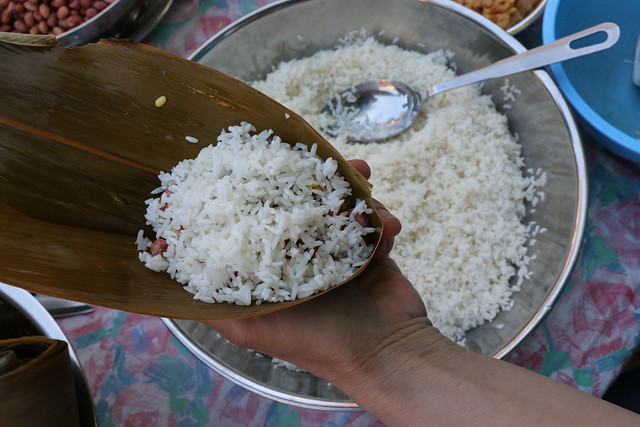 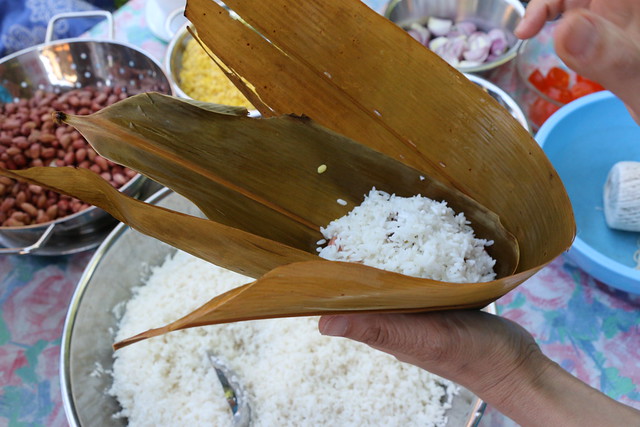 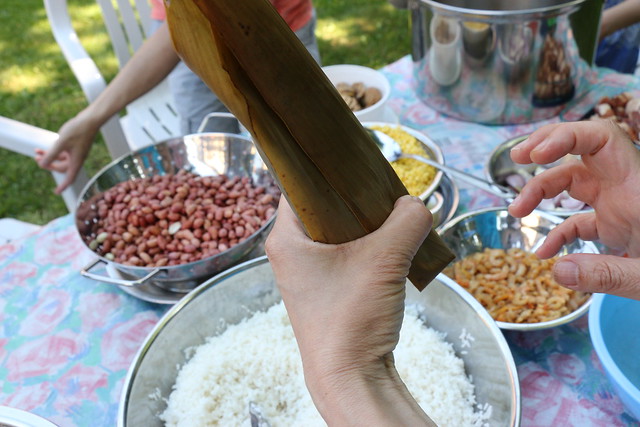 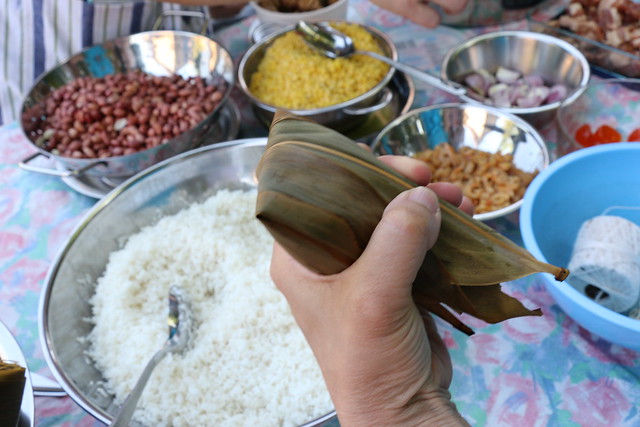 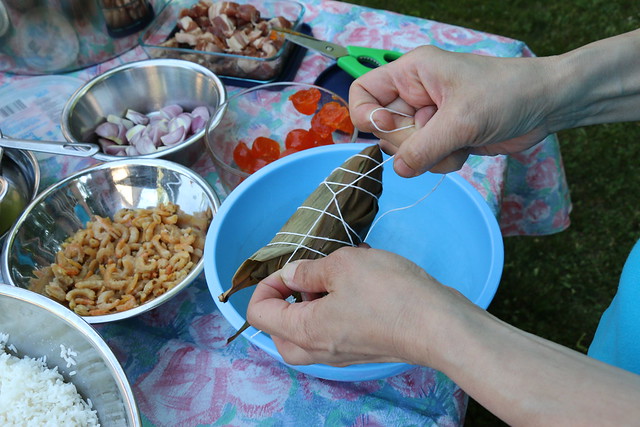 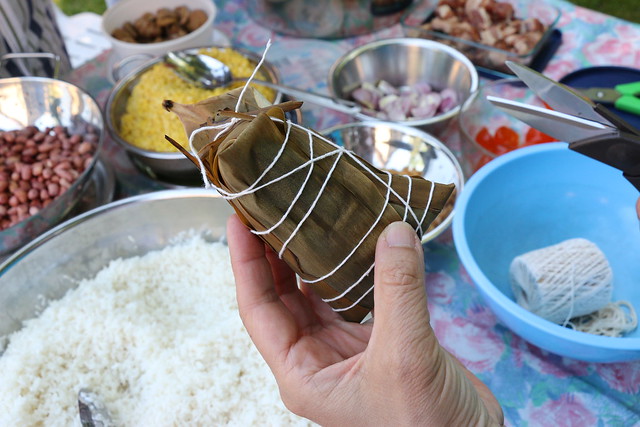 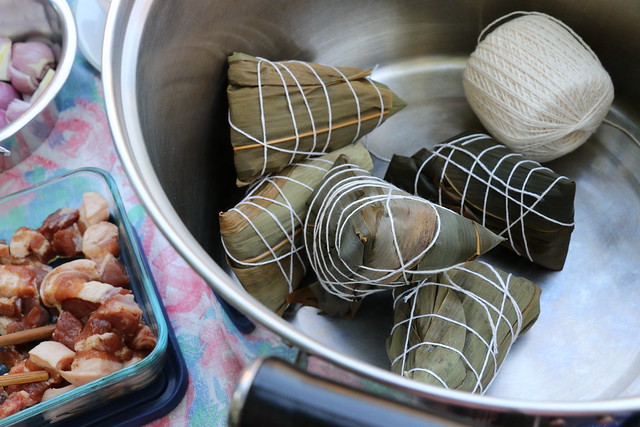 The process isn’t finished yet! The dumplings need to be boiled for a least 3-4 (if not more) hours. These can go directly in the freezer after boiled and cooled. To reheat, place dumplings in water and boil for about 10-15 minutes. 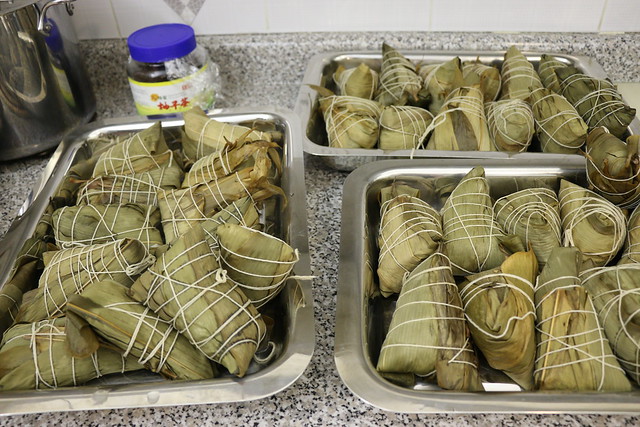 HAPPY WRAPPING!
Special thanks to my aunt, mom, brother, Amanda and dad.
Photos via Canon 70D.