Ice cream. Not my favourite. But if it has durian in it, than that’s a different story. So I was telling my cousin that I went to Moji for lunch and I wanted to try dessert someday. And so we did. 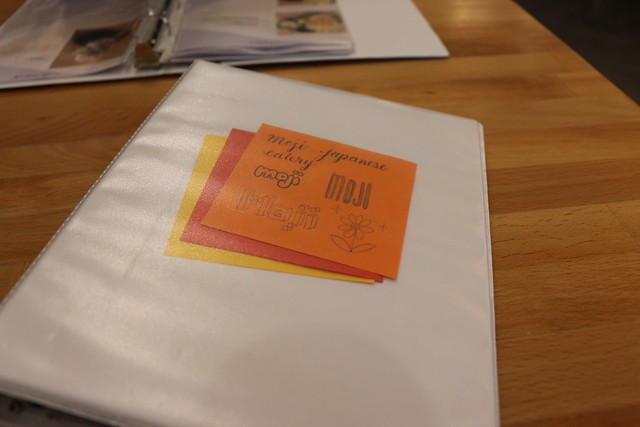 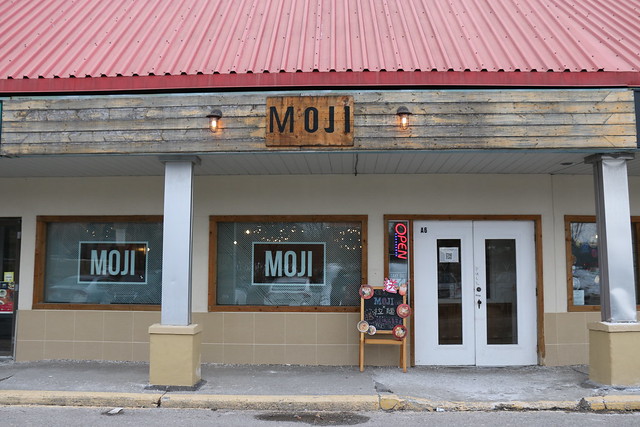 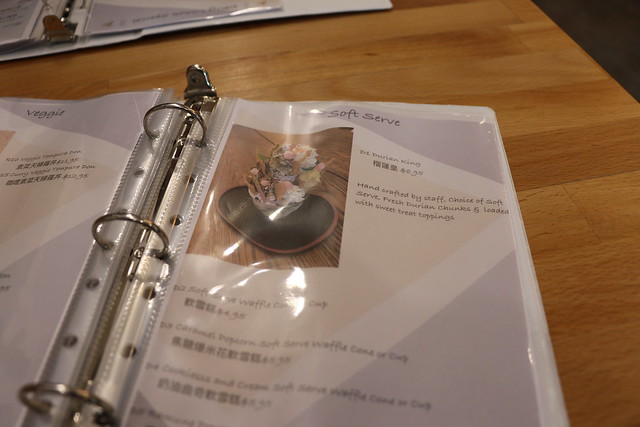 Originally I ordered the Durian King. Sadly it was made and served but it was taken away after several seconds later. Apparently, according to my cousin (I was absent from the table when it was taken back), there was something wrong but  we didn’t know what. This was the first disappointment of the day. 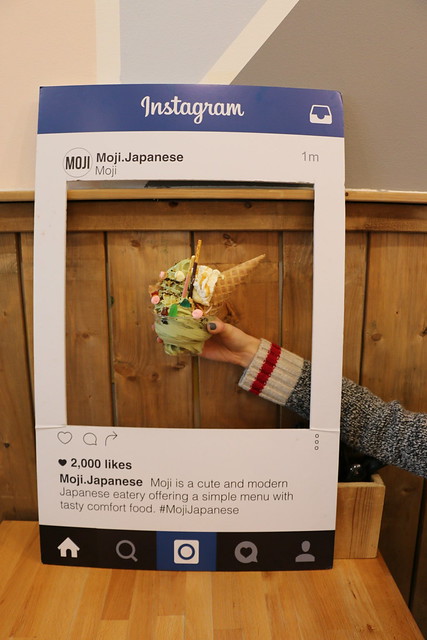 So I chose another dessert which was Cookies and Cream. It’s not what you think it is… it’s actually crushed oreos sprinkled on top of ice cream. There were two ice cream  flavours to choose from, but the matcha soft serve machine was broken…which meant I was left with the strawberry flavour. It was another disappointment to know that it was artificial strawberry flavour. 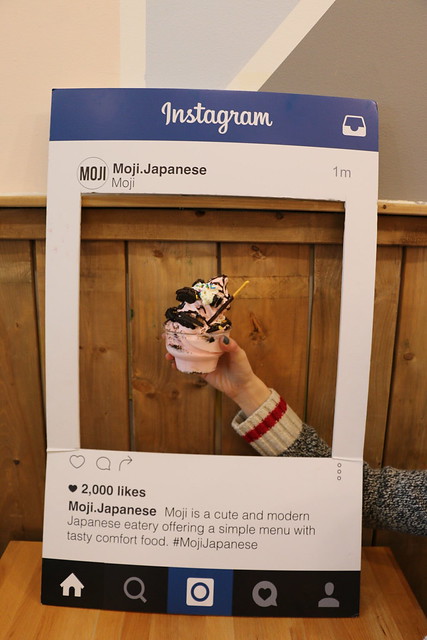 Here is snippet of my cousin working behind the scenes for my blog. Haha! Much is appreciated, she know that.  : ) 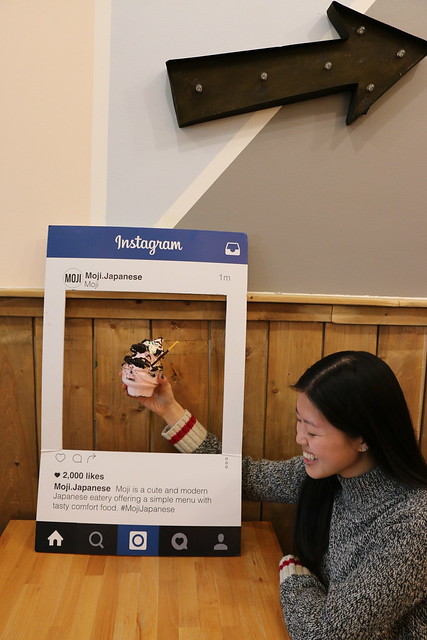 I wouldn’t go back for dessert because of the limited choices. But I do recommend having lunch. There are many choices to choose from, ramen to rice dishes and many appetizers.
Visit Moji’s website here.