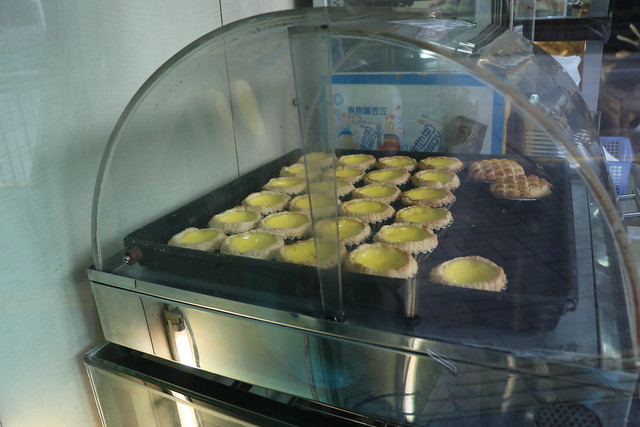 If you couldn’t already tell, I was super excited for to spend more than seven days in Hong Kong (without my dad, which makes things better (Am I a bad daughter?), hashtag sorrynotsorry!). I have NEVER been there and therefore was already thinking about all the blog entries I would be writing/posting after my visit. 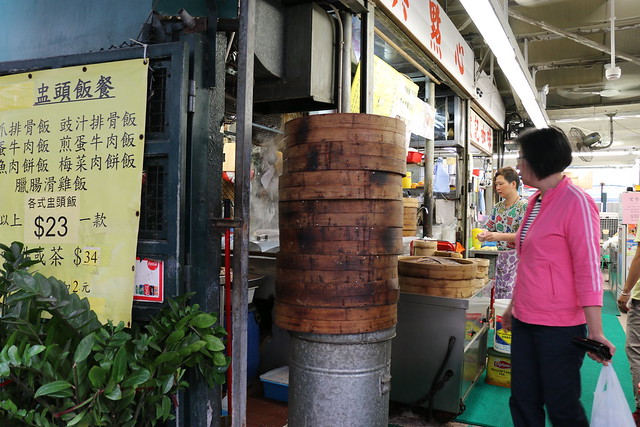 A month prior to landing in the city of great food (Chinese food right?) my parents would reminiscent about their childhood, the foods they ate and how it was prepared. Dad would remind me of how he went to the shops and got an order of steaming rice rolls (pictures below) and it would be given be in a plastic bag.

On my first day (the plane landed at 4:30 am local time (obviously it was TOO early) and so there was plenty of time to go and explore around (ever minute counts!!). My aunt and I had the opportunity to go and experience (it was mainly I) eating rice rolls from a plastic bag.. IN FACT, it was actually like my dad had described!

The rolls are cut up, placed in a dish on top of parchment paper, your choice of sauces are added (hoisin sauce and hot sauce), a sprinkling of white sesame and bagged up in a tiny plastic bag. 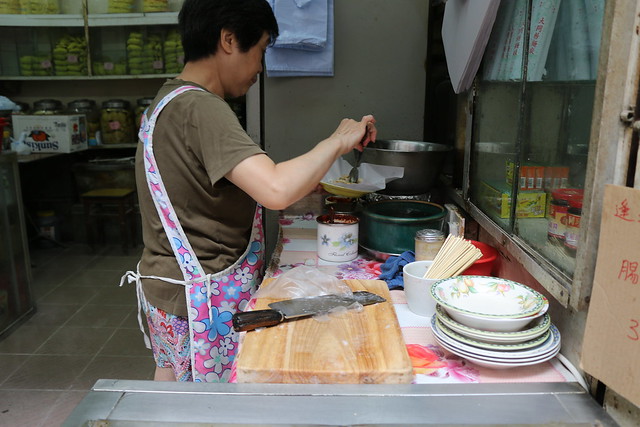 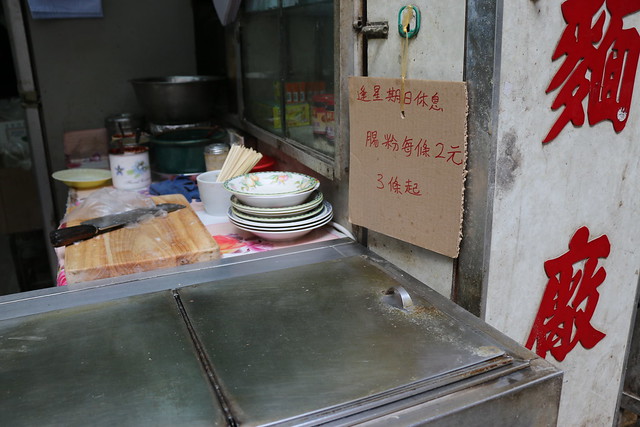 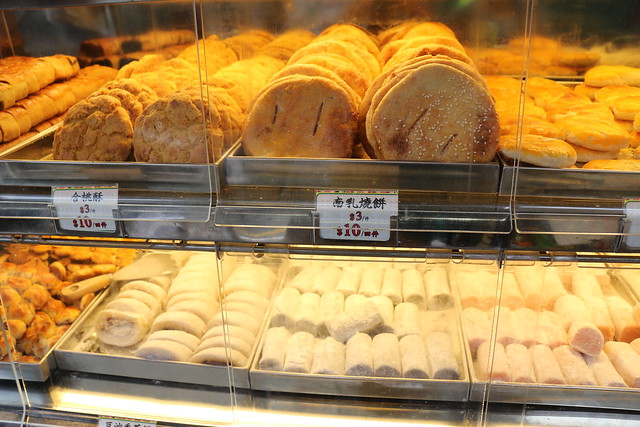 There are plenty of street foods to choose from. I would almost assure you that you could probably find a vendor or two on any street (on the popular streets within HK); fishballs and animal innards are very popular.

Another Chinese staple is eating at fast food restaurants that serve Hong Kong style foods (aka cha cha teng). There is an assortment of foods ranging from instant noodles to macaroni and ham). If you’re craving a more western style dish, there is an assortment to choose from: eggs and toast, porridge and or coffee.

For this trip, I ate mostly what I wouldn’t eat back in Toronto, even if I were going to a cha cha teng.  My goal was to eat instant noodles (I’ve heard HK instant noodles are different compared to the ones at home), Chinese french toast, egg tarts. Unfortunately, I didn’t have, not even a bite, of an egg tart (some cha cha tengs have a storefront bakery too). 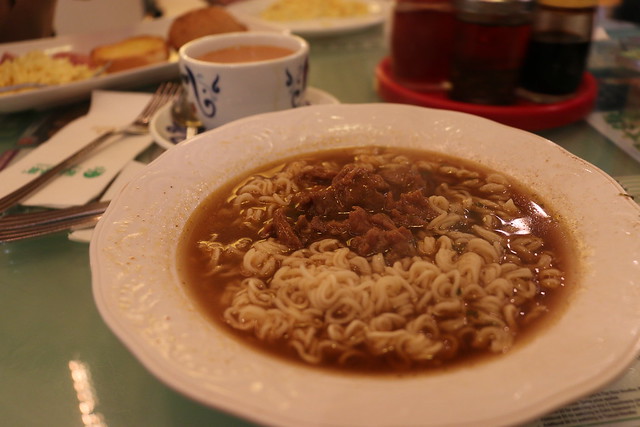 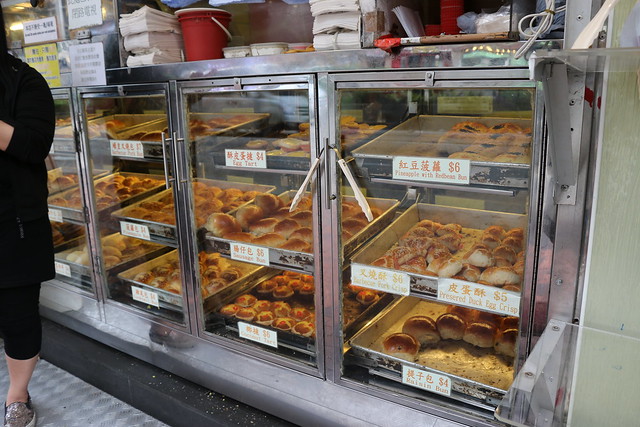 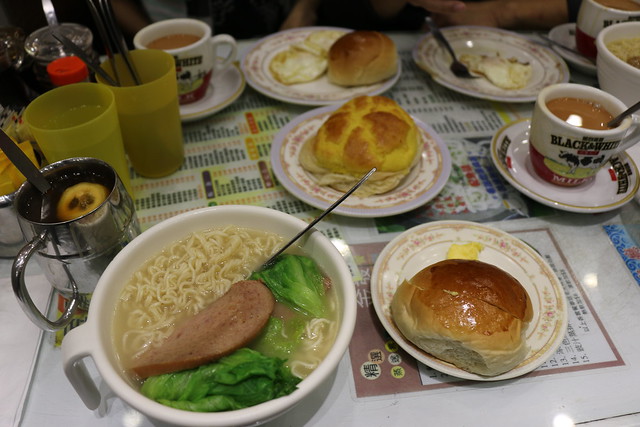 One of my highly recommended foods/ drinks to try is lemon tea. I was instantly in love with it and had to have it, if I weren’t drinking a red bean slush. I cannot really describe the difference in taste (mom claims HK lemon tea is not bitter), but surely 100 times better (I think the tea is less dense and the tea is not steeped for too long). 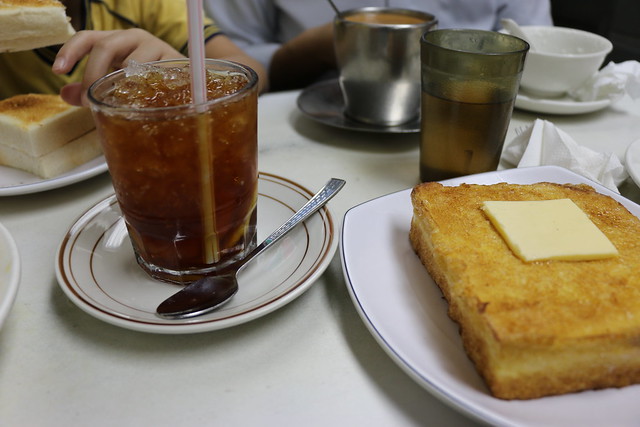 Obviously there are PLENTY of cha cha tengs to choose from, but Cafe de Coral is pretty popular around the city centre. I really got my money’s worth. For $21 HKD, I got a red bean slush and a french toast. If I convert HKD to CAD (this is an estimation), it would be around  $4 CAD. A red bean slush is about ~$4 CAD and french toast is about ~$4. You get my point!

While roaming the street markets, we came across a random dessert/ steamed dumpling shop. 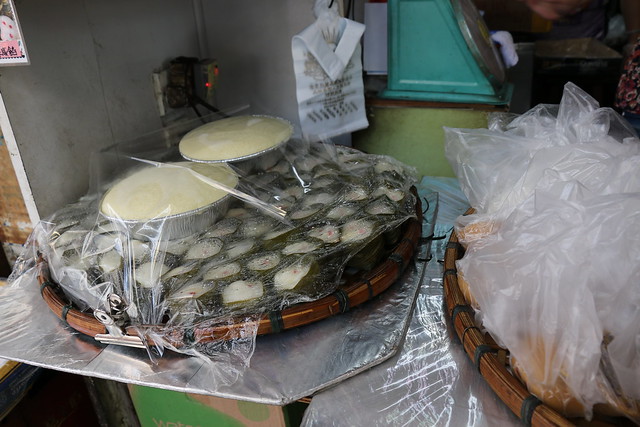 I was sad that I didn’t have many opportunities to try egg waffles. I had a list (of five) of the most popular HK egg waffles and I only tried Mammy Pancake. I was surely disappointed as I was really looking forward to having the best egg waffles in the city. The waffles were crispy and fresh (not soggy), but there was really something missing. I thought it was too plain (no salt to balance out the sweetness). I really prefer the one at Pacific Mall instead. 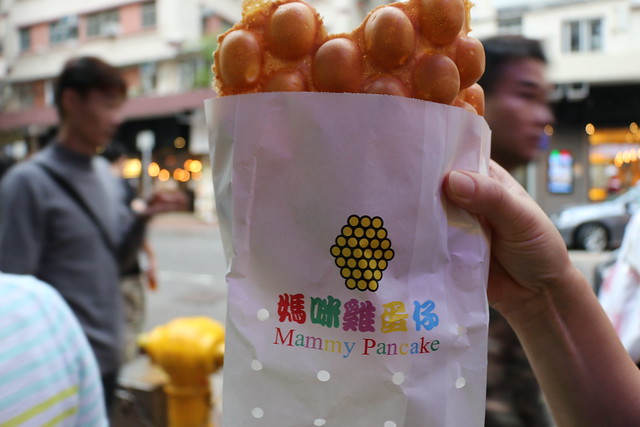 My mom would probably get mad at me if I didn’t include chestnuts in this post. When she was growing up, she would always smell roasted chestnuts from a far. She just, and still has, a sensitive nose for that. We literally had five (or more) bags of roasted chestnuts in HK. Crazy right? But not for my family. My brother, mom and I are huge fans of chestnuts. We used to cook them whenever we had our fireplace on, but not anymore.

We stopped by this couple’s random stall on the street every time they had chestnuts. $40 HKD for one pound of chestnuts. The couple also sells eggs and roasted sweet potato. They usually set up stall around Jordan Road and Nathan Road. 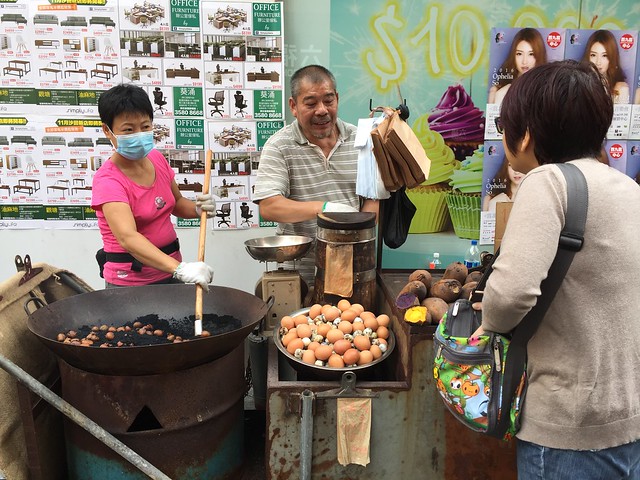 There are certainly more street foods and fast foods items to mention, but I think I’ll end my post here.