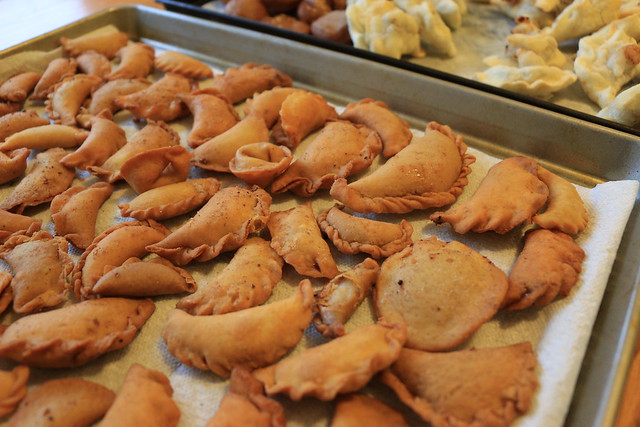 This is the perfect post to start off Chinese New Year, Year of the Monkey. My brother has always been fond of preserving  family traditions. Ever since Grandma passed away, we (mainly my mom and him) were always experimenting with recipes that she would make. Not knowing the future, she’s gone and left us with unknowns. This includes making what I call Chinese New Year Delights.

So two weeks ago, my aunt and cousin came over for a date and we tried to replicate four traditional delights. (Apologizes in advance because I do not know the English translation of the food we made, I’m not certain if there is any English name to the below.) 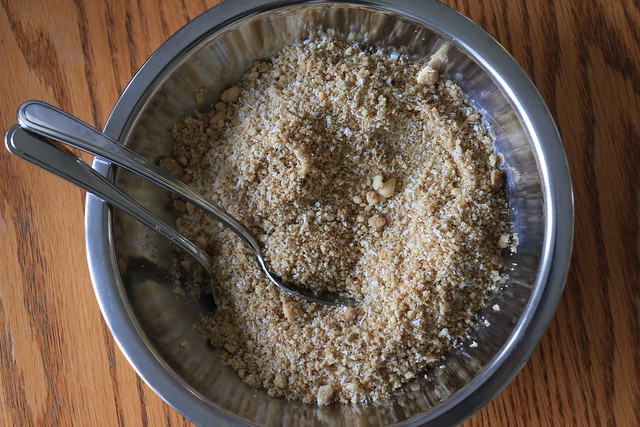 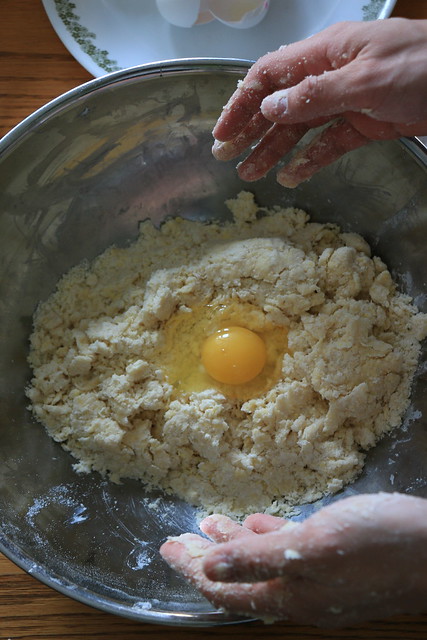 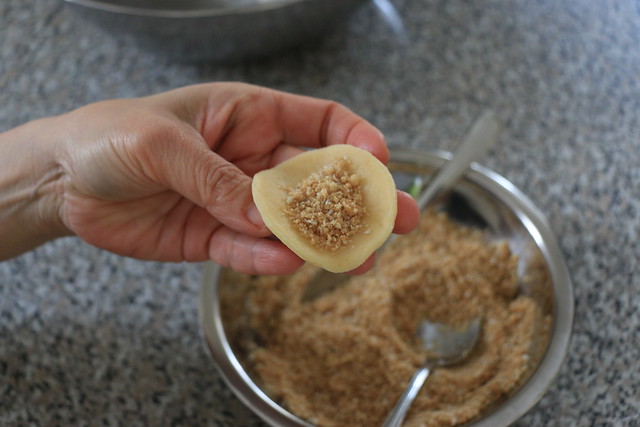 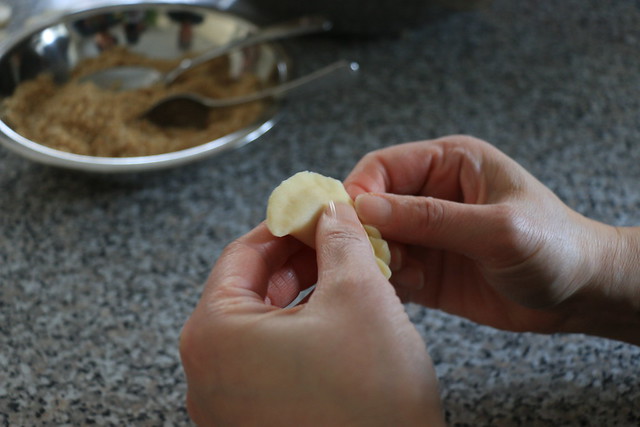 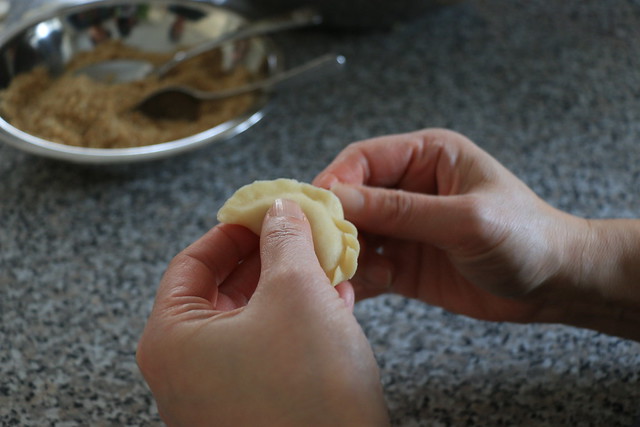 I call this the half moon (because of the shape). Since we didn’t have a recipe to follow, we made up our own. Surprisingly, it taste better than the ones that Mom’s coworker gave her. The dough ingredients include egg, all purpose flour, water and shortening. The filling has coconut desiccant, brown sugar and crushed peanut. I would say that this is the most difficult from the four. As seen in the pictures (above and below), crimping/ folding the delight is the hardest part. It requires skill and patience. There are some ugly ones in the photos. Haha! 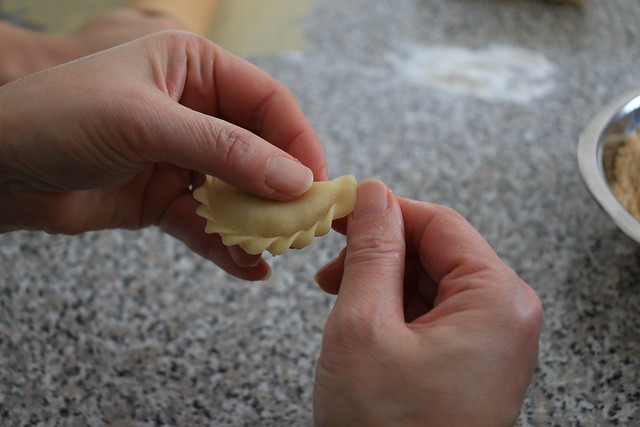 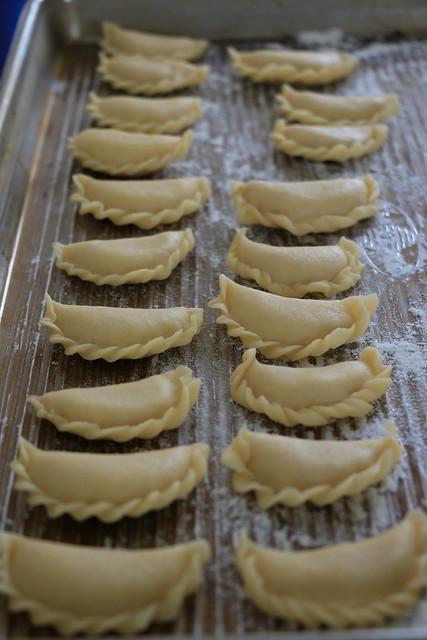 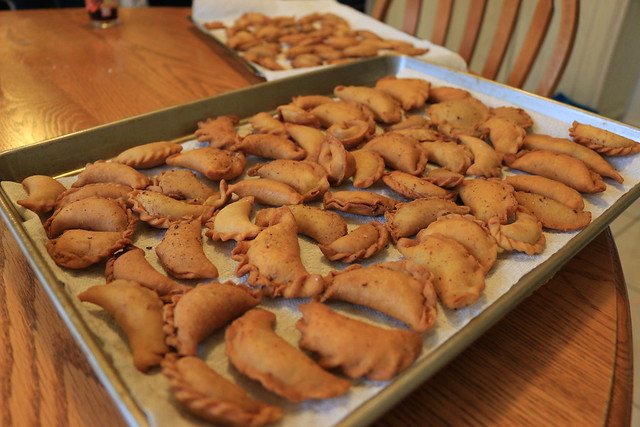 From the total time it took us to make four different delights, we started making the half moons first and was still making it till the last minute after frying everything else (we had six people working on them). 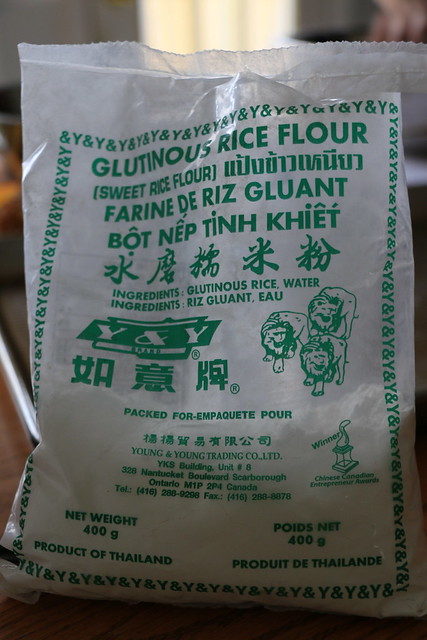 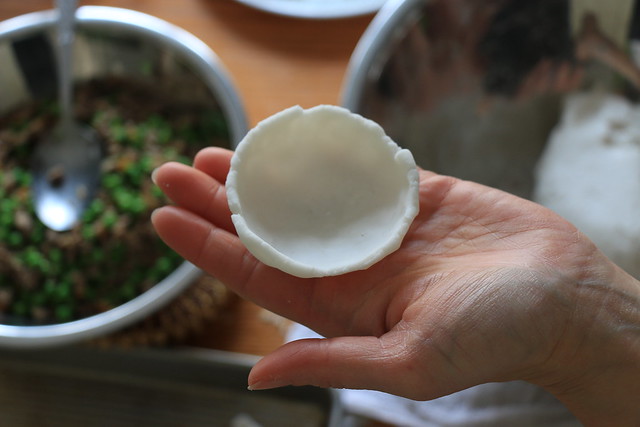 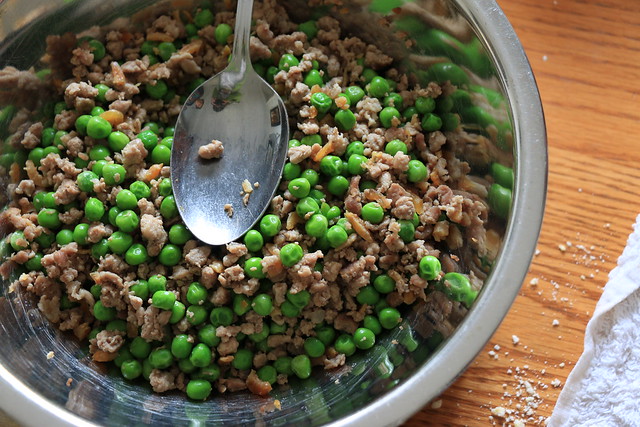 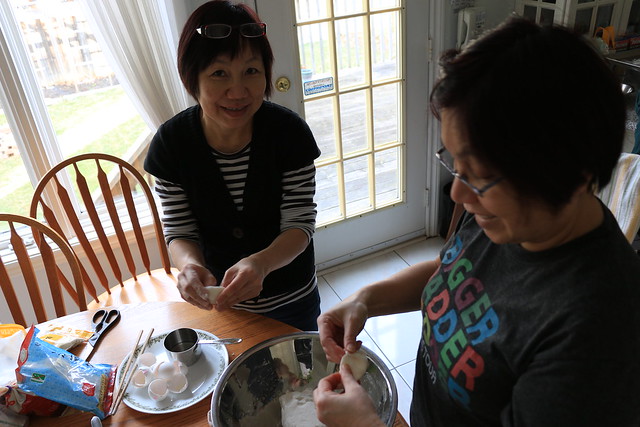 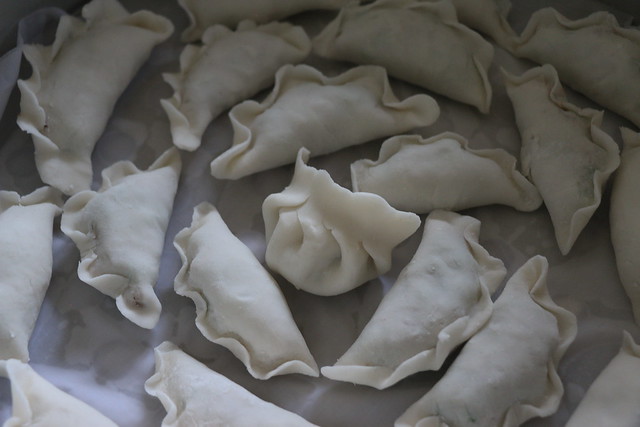 Next was making these steamed dumplings. It’s so much easier compared to the half moon. The dough has glutinous rice flour and hot water (using hot water to cook the dough). The filling consists of peas, minced pork, dried shrimp and salt (to taste). It literally took Mom and Aunt W less than 30 minutes to make these, from start to finish. 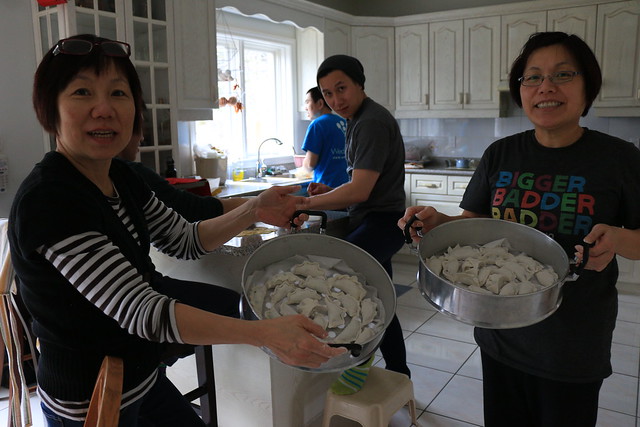 This steamer is Grandma’s. I’ve never seen any store sell it here, but it sure still is in good shape. And does the job! 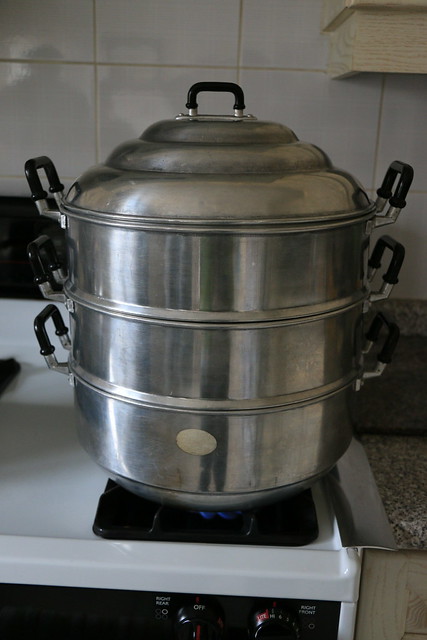 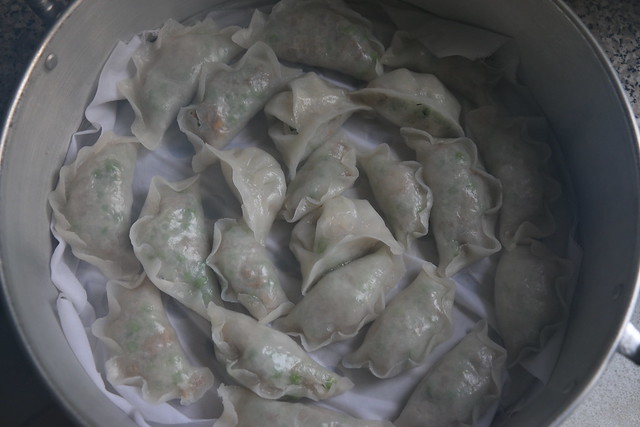 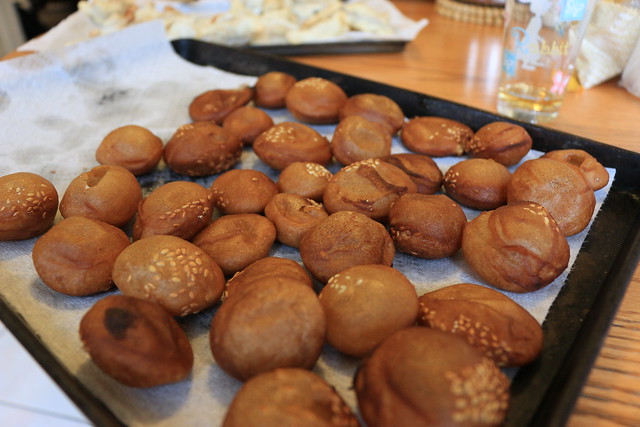 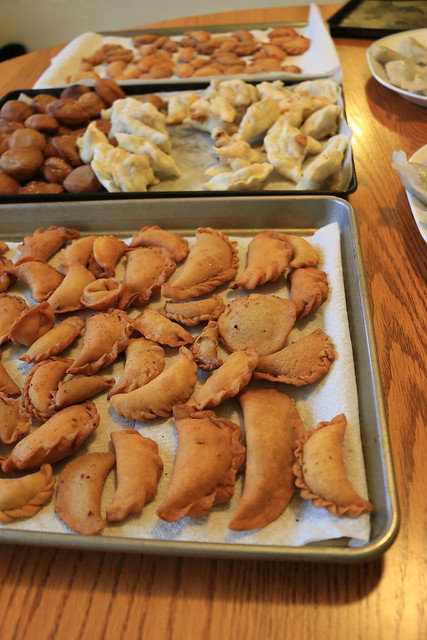 As the day passed, I got held up from being the photographer to checking the status of the steamed dumplings. Basically I forgot to document the last two delights (shown above). The last two uses the same recipe, except substituting the sugar for brown sugar in one. The dough includes hot water, sugar and all purpose flour. To make the brown circles, roll the dough into little balls and dip with sesame seeds and dry until golden. While the remaining is folded like the steamed dumpling and uses the same filling, except it is fried.

It took about four hours from start to finish. I’ll admit that I didn’t get my hands dirty, hence my photographer status that day. I’m really happy with how everything turned out and everyone was pooped by the end of the day. Of course, all of us tried the delights as they were being cooked and the results were satisfying (even though we hadn’t mastered anything).