*Warning: The next three entries are strawberry related. 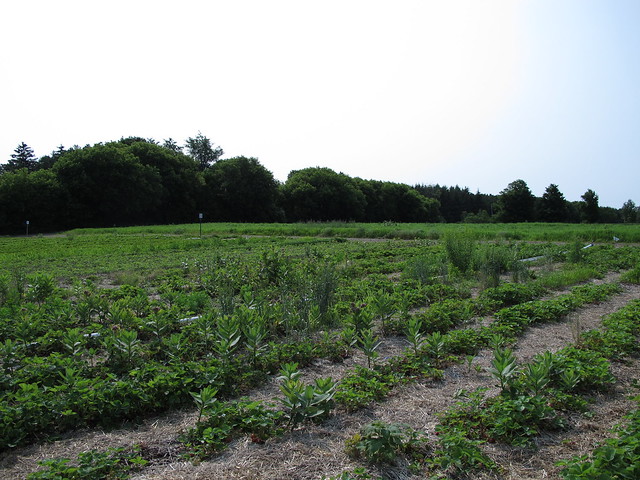 Dad had a random Friday off in July. We were originally going to go trail walking in Hamilton but ended up on strawberry picking on Brooks Farm near Uxbridge. I haven’t been to more than five farms (I’m a city girl) but this was my favourite from the rest. Maybe because I went on a weekday instead of a weekend; less people and hence more quiet. Driving there was easy, hardly any cars on the highway and streets, a lovely drive from the city. There were only peas and strawberries to pick (we went during the first week of July). 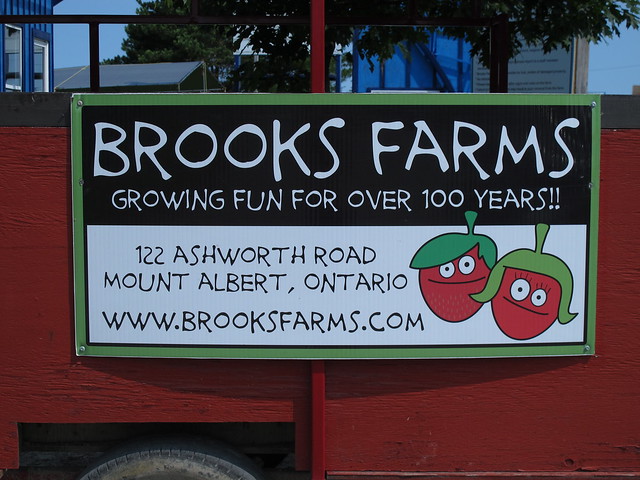 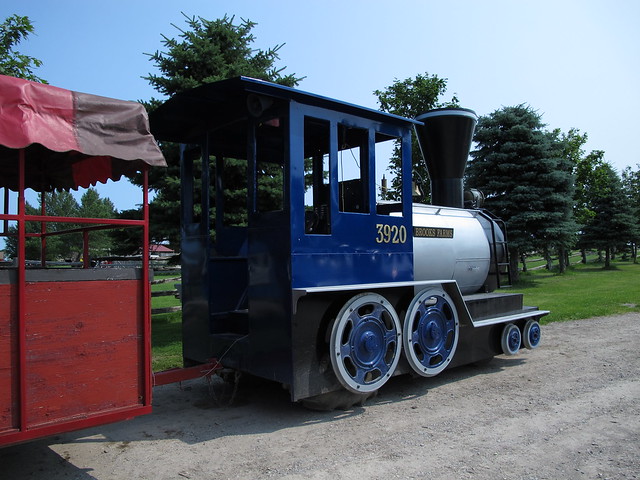 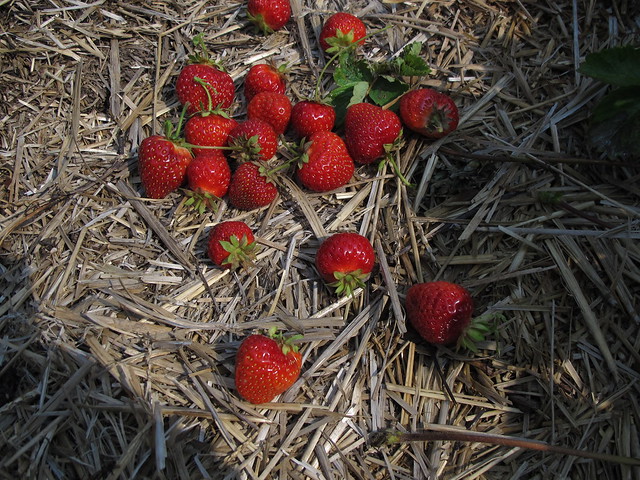 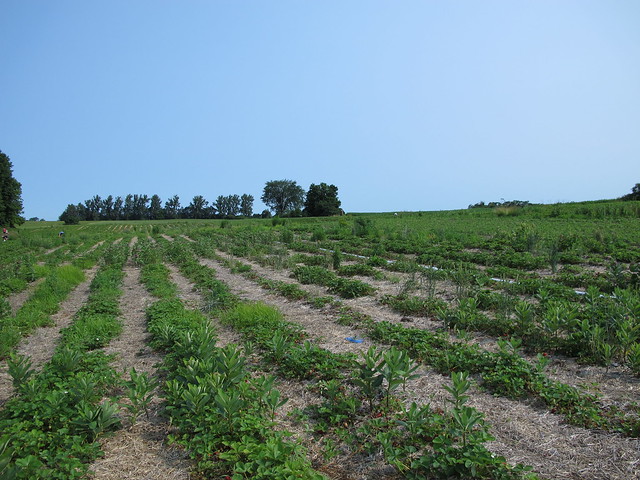 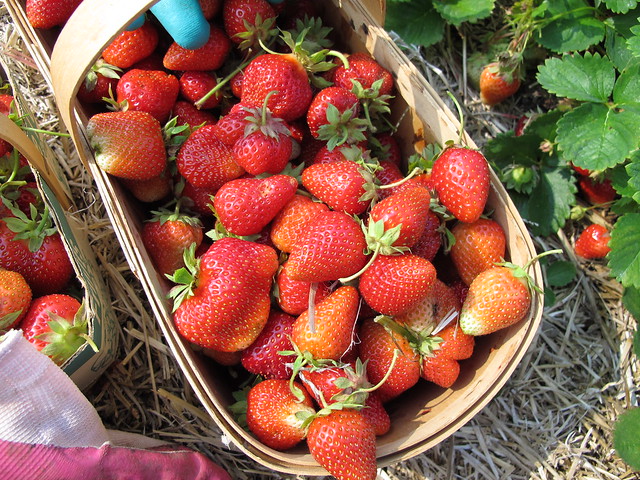 We spent about 45ish minutes on the field. We filled up three baskets and I estimated that we got a total of 14ish pounds. It was cheaper per pound (compared to the other farms I’ve been to), $2.35/ lb.

I would love to go again to pick other fruits and vegetables before the summer ends.

One thought on “Strawberry Picking at Brooks Farm”