A few weeks ago, I had made reservations at Momofuku for mother’s day dinner. The restaurant was advertising a prix fixe menu only available on mother’s day for dinner. And I had been wanting to try out any restaurant at Momofuku ever since it became a fad. 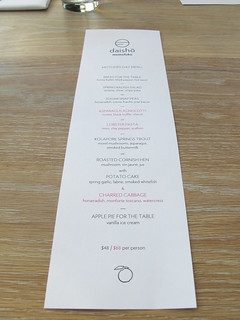 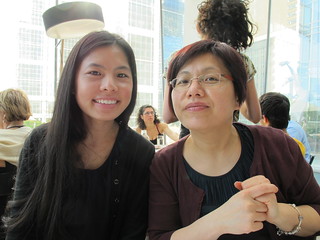 Oh dear, I look terrible. I promise I don’t usually look like this. And I haven’t a clue what my mom’s doing. : S 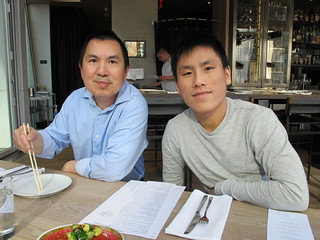 My dad and brother, sat opposite of us. 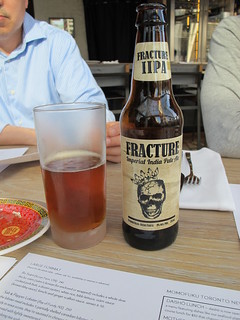 My mom ordered this..and it tasted amazing. I’m not into heavy and dark beers..this was perfect; light and sweet. I definitely  need to find this at the local beer store. 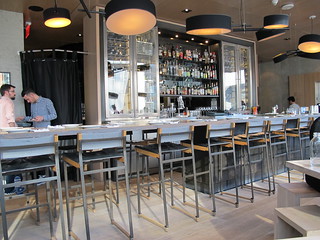 The restaurant is located on the third floor, and has a glass window view to look down at the street. Hence the amount of sunlight entering the restaurant. 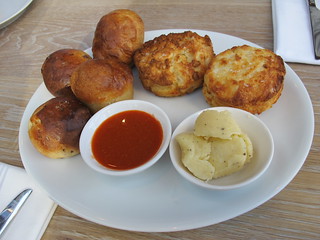 The bread and scones were amazing. A tad of salt on top of the scones helped marry the flavours together, served with hot sauce and honey butter (I believe). 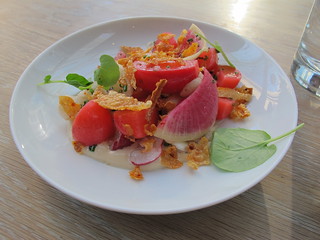 This is one of the two appetizers on the menu: Spring Radish Salad. 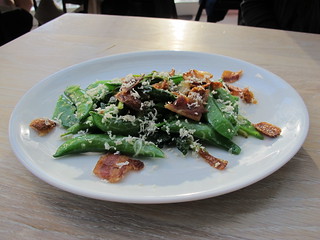 This is the second choice in appetizers: Sugar Snap Peas. 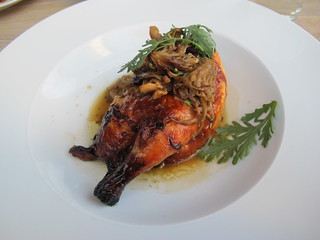 One of two choices for mains: Roasted Cornish Hen. 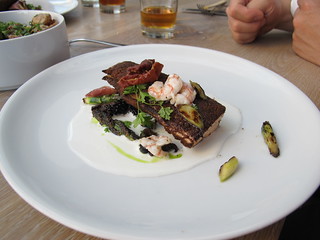 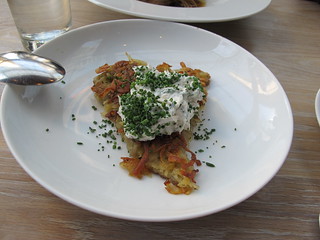 This side came with the cornish hen: Potato cake.

The chefs were understanding and they served my brother (with allergies to dairy, egg and stuff) an alternate menu. 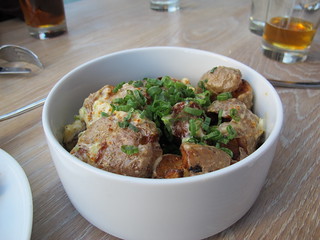 First was smashed potatoes. If you take a good look at the potatoes, they seemed like they had been cooked with cream or milk. What happened to knowing about the dairy allergy? 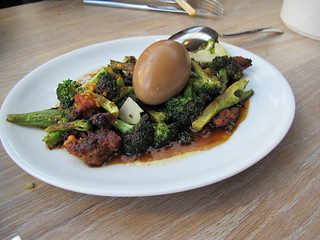 Second was a side of broccoli with a boiled egg. The greens were cooked in a teriyaki like sauce. 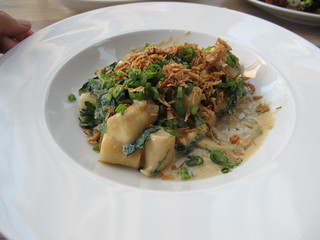 We were served two desserts; one from the regular menu and the other from the alternative menu. 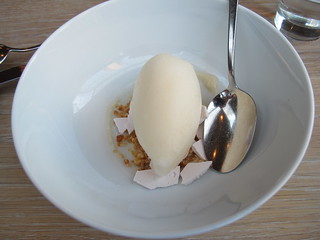 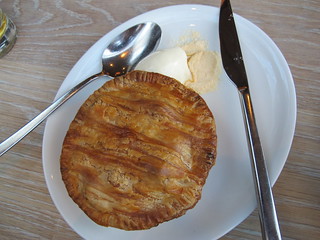 After dinner, it was safe to say that I was very full. I have to admit that most dishes were very salty. So I drank lots of water. I’m not sure if it’s regular for these dishes to be salty..but salt was all that I could taste. I did not expect my first visit to be a disappointment (with the food). Other than that, the service was great and the waiters/ waitresses were friendly. We actually sent a plate back to the kitchen as one of the dishes was missing a shrimp (long story short).

P.S. When I entered the restaurant, it smelled like chlorine (like a swimming pool). And it was quite stuffy, so dress accordingly. I think there’s a pool located somewhere above or below the restaurant, as the restaurant’s located in a hotel.