If you’re not familiar with Summerlicious (in Toronto), it basically happens between 2-ish weeks in the summer, where participating restaurants will have a select menu for a fixed price (prix fixe ). It is a way that these participating restaurants can advertise their restaurant.  The summerlicious menu consists of an appetizer, main and a dessert. Usually, the menus have 3-5 choices of each to choose from (brunch/lunch and dinner). The summerlicious menus can be viewed weeks in advance before reservations are open for prix fixe.

Anyway…getting along with this blog…this year, Amanda suggested that the family go to North 44. There are specific restaurants that are well-known in Toronto, and North 44 is upon the list. Because, there are famous Canadian chefs like Michael Smith, Chuck Hughes and Laura Calder . North 44 so happens to be owned to Mark McEwan and you might have heard of him if you watch Food Network  or watch any other cooking shows.

Located in mid Toronto (Eglinton and Yonge), our reservations were for 6 o’clock. The service was nice and the restaurant was quiet (had two floors), we were seated on the upper floor. Our party had 5 people, so we had a circular table. *Since there was 5 people and 3 choices of each (appetizer, main and dessert, we had a chance to try the whole menu. ** In some pictures, there will be a black shadow, that’s due to the lens being long and captured by the flash, my apologies. 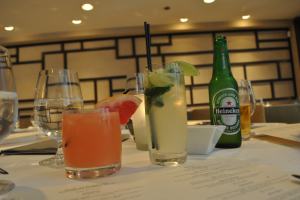 My dad, Amanda and Dennis arrived first, so they ordered their drinks (usually, when my family goes out to special occasions, like this one for example), we would be fancy and order a drink). From left to right, Summer Breeze (mocktail), Mojito (I think it is, mocktail) and a Heineken. 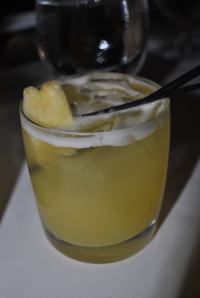 This was my drink. I ordered the Evening Star (rum, cointreau, lim and pineapple juice). 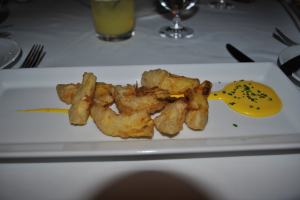 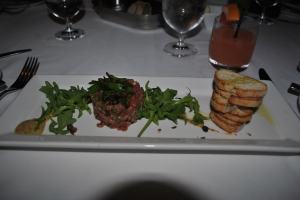 Steak tartare with fried capers, grainy mustards and fresh country toast (I have a weak stomache for raw foods but to my surprise, I quite liked this dish). 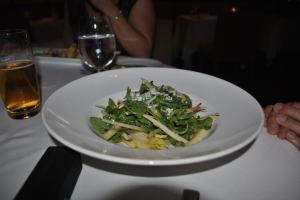 Red and green pear salad with endive, blue goat cheese and sherry vinaigrette (the cheese was salty but I definitely enjoyed the crispy-ness of the pears). 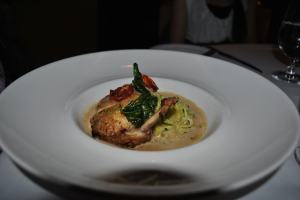 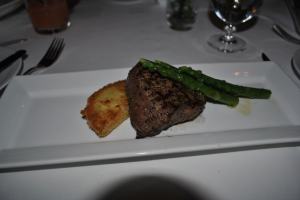 6oz steak with local asparagus and fried green tomato (I’ve had better steak, maybe because there were too many tendons within the piece of meat and was quite tough. I would have expected much more, coming from a well known Canadian chef. The tomato was really sour). 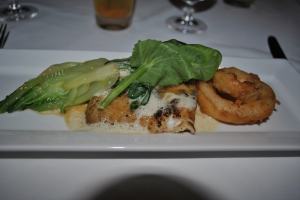 Pan seared halibut with tempura onion rings, bok choy and miso sauce (the fish was moist but a tad salty for my taste. Honestly, there was nothing special about this main, in my opinion). 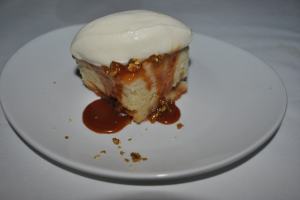 Summer peach upside down cake with cream fraiche and praline (my mom ordered this, and I had a bite, LOVED IT!). 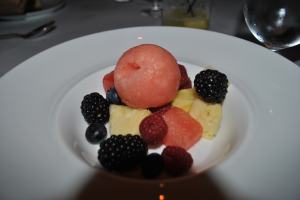 Mix fruit and berries with selected sorbet ( this was a watermelon sobert and I’m allergic to watermelon. But nevertheless, I ate it without any problems and THE DESSERT WAS THE BEST PART OF THE MEAL!, some berries were sour, but the sobert was amazingly delicious!). 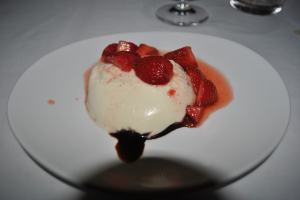 Vanilla panna cotta with spiced strawberry (Amanda ordered this, and she gave me a bit to try. AMAZINGLY GOOD TOO!).

Each meal (3 dishes) was $45. In my opinion, once is enough, I was sort of disappointed in the assortment of dishes presented, I guess it’s because everyone praises the restaurant and the chef that opened it. 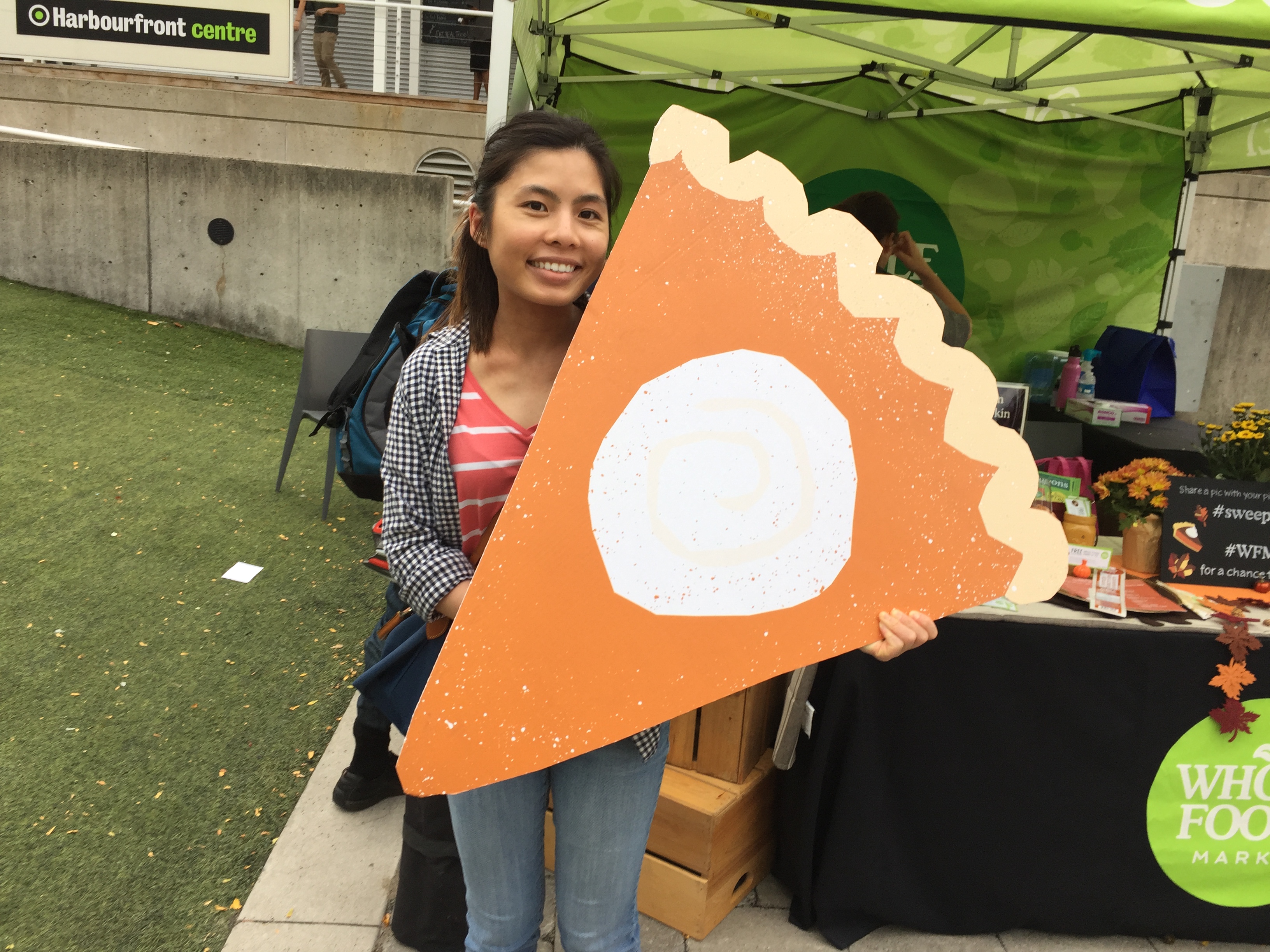